Rick has been a full-time resident of South Whidbey Island since 1992. He received a Bachelor’s Degree in Environmental Design and a Master of Architecture Degree from the University of Washington. Internship was served at Streeter/Dermanis AIA Associates, and  then he moved to Arai/Jackson Architects as an Associate before achieving licensing and starting his own practice, The Johnson/Brown Partnership, in 1980 and The Brown/Associates/Architects, Inc. in 1983.

E X P E R I E N C E:
As a licensed architect for over 35 years in the Seattle and Puget Sound area Rick has focused on owner driven design in both residential and commercial work. In addition to hundreds of residential projects,  Rick has provided construction oversight on affordable housing projects in nine of the western states.

W H I D B E Y  I S L A N D:
Since moving to Whidbey Island full time in 1992 Rick has completed over 200 projects on the island. The majority of the work on Whidbey has been residential remodeling, accessory buildings and new custom homes of all styles and sizes. Commercial projects on the island include St. Hubert Church, the Senior Community Thrift, Porter Building, the historic Sears House Renovation, Bayview Farm & Garden expansion, China City Restaurant (Oak Harbor & Freeland), Useless Bay Golf and Country Club

V O L U N T E E R:
Locally Rick has served as president of the Holmes Harbor Sewer and Water District, was appointed Co-chair of the Freeland Sub-Area Planning Committee by the Island County Board of Commissioners, appointed to the City of Langley Design Review Board by the mayor, and also sat on the Board of Directors of the Freeland Chamber of Commerce, and Board of Directors of Saratoga Community Housing, and Ryan's House, an affordable housing land trust. He served as president of the Rotary Club South Whidbey Island and was appointed by the District Governor of District 5050 to evaluate and then help found Whidbey Westside Rotary Club. He  later served as an Assistant Governor in District 5050 of Rotary International.

Rick has been in involved in affordable housing for nearly thirty years. He was the architect for the Songaia Co-housing project in Bothell, Washington, renovation of 125 military houses at NAS Whidbey and the president of the L'Amourita Coop in Seattle for nearly ten years. His practice regularly provides consultation to housing authorities, property management firms and potential developers. In addition to construction oversight and design services, The Brown Associates/Architects is regularly involved in preparation and review of capital needs assessments and feasibility studies for affordable housing projects. 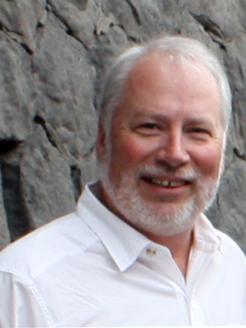